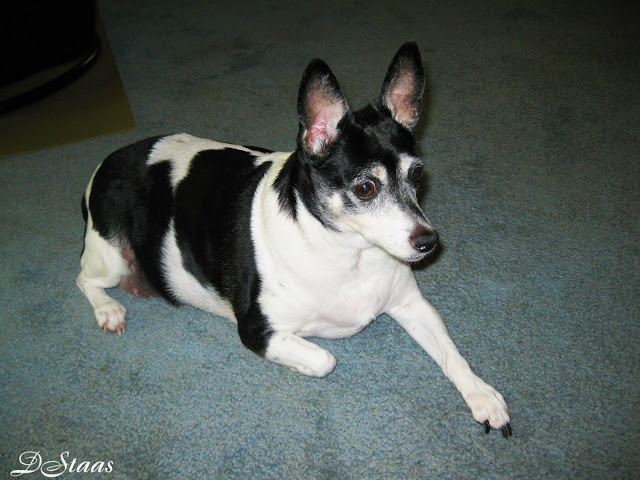 Miss "Wire"......The first greeter upon entering the house! What a little sweetie she is. 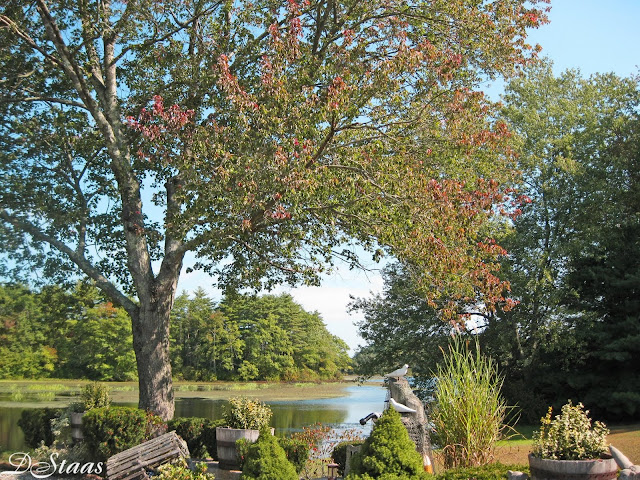 This is the lake in front of my cousin's house (Roni & Mike)...it's beautiful! 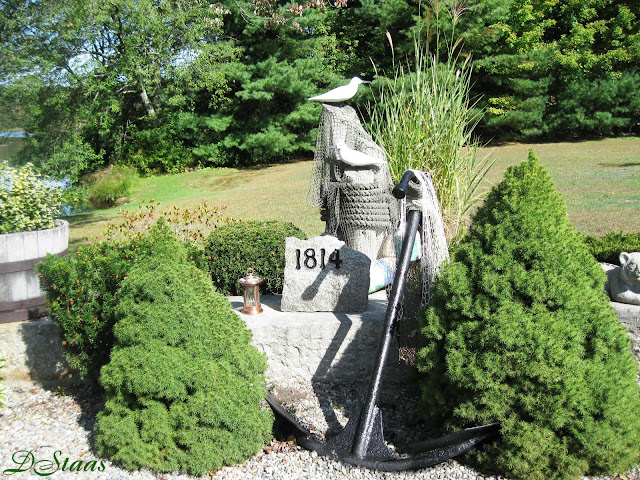 Just some decorations done by Roni and Mike....Note the date. 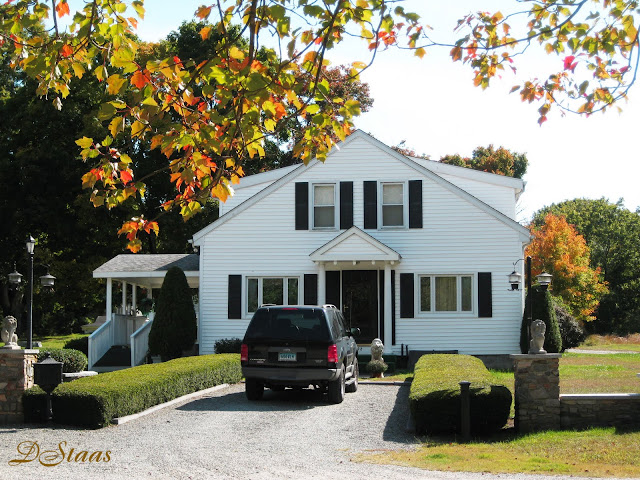 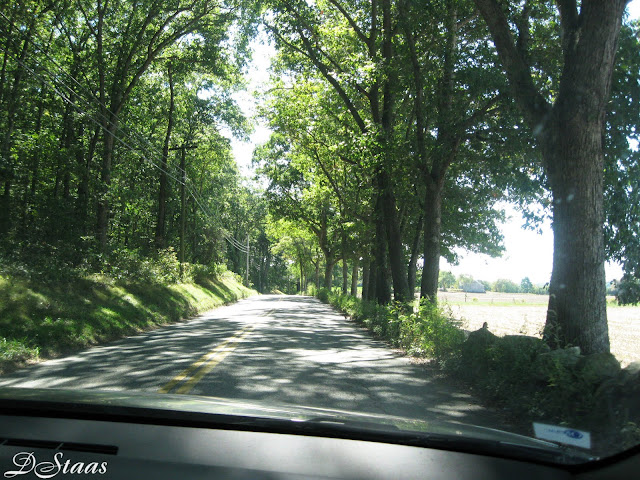 Most of the roads in the area I visited in Connecticut...Voluntown, Mystic...Jewitt City...Glasgo. I had a Wonderful visit! I had been missing my cousin Roni something Awful!Hahaa...So, on the spur, I booked flight. So glad I did. Took tons of photos so prepare for a smattering over the next few weeks. The flights were pretty uneventful until, on my way from Hartford to Cincinnati, the Delta Connection flight had mechanical problems and the flight was delayed by 30 minutes...I was the LAST person to catch the LAST flight to Austin! THEN I hear the OTHER Delta Connection flight to NY had landing gear problems and landed...literally...on a Wing and a Prayer! Good Lord! So glad no one was hurt!!
Got to see family members I hadn't seen in years...Lots of laughter and chatter. Of This I Know...I'm Blessed. Thanks Roni and Mike for letting me be a part...of the family.
Inspired by Donna at 12:26 PM

What a beautiful lake and pretty color in the leaves already. Sounds like a wonderful trip. Looking forward to seeing more photos. ;) Jeanne

What a beautiful lake and pretty color in the leaves already. Sounds like a wonderful trip. Looking forward to seeing more photos. ;) Jeanne

I like how they have all the info on the homes, especially along the coast.I used to go to the other side of the state, Danbury, the colonial hat capital, home of Stetson.Glad your flights were calm and you had a great time.

A Bite of Country Cupcakes said...

What a glorious looking plkace! All the better for the company you got to enjoy:)
Glad you had fun!

what a great looking house and the view, WOW. Cute greeter too.
Glad you got back home safe and sound. Looking forward to seeing the rest of the pics you took

Wow, this looks and sounds like a fabulous trip (except for the flight...UGH, but glad you made it safely).
The lake and home are so beautiful!

Fabulous, gorgeous, beautiful!! Love the lake view, the road view, Miss Wire is darling, and the house! Oh, the house! I love it.

So glad you had a wonderful trip as well as a safe landing. :D Oh, and keep the pictures coming.

Beautiful pictures!!! I'm so glad your trip was a safe one!! I can't wait to see the leaves changing! Hope that there are some left by the time we get there!!

So glad you had a good trip, Donna. Looks like a beautiful place!

What a charming domicile and grounds your cousin and family have! No wonder you had such a wonderful time! Love the names of roads and places in New England. Now, that "wing and a prayer" thing ... THAT'S why I stay on the ground! Although sadly, sometimes too near the ground ... LOLOL! So glad you're home, dear Donna! Anxiously waiting to see the rest of those pictures.

A wonderful era to build a house, full of atmosphere and sensitivity, not mention ghostly activity of course!!

You should do this again in four years time. In 2014, I took a little trip la la la.

What beautiful pictures and history to go with it. I am glad you went to see your family and had a wonderful time !! :) *HUGS*

Absolutely gorgeous photos. I am so glad you had a great time. I'm a little jealous of that house and yard..xoxo

what a great looking place. The lake is lovely. I am thinking of going to visit my cousin some time. I need to have a weekend with her. Just her and coffee chats to get caught up on things.

I'm so glad you got to spend some time with your family, Donna! What a gorgeous place, too!
(Didn't you take any pictures from the plane? *giggle*)

It is so nice to have you back, Miz Donna! Marty just whined up a storm that he didn't have your blog to read while you were away. It was pitiful...

That home and area sure are beautiful! You needed that little trip to recharge those batteries!

oh wow!! love every photo...looks like heaven on earth! :-) (that coming from someone in the desert still having 107 degree temps) thanks for sharing....hope to see more!
hugs,
kimberly

Love all the photos. What fun for you to visit family.

I lived in Ct for a while ~ in fact my oldest son was born there.