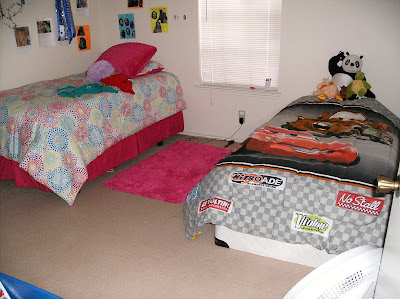 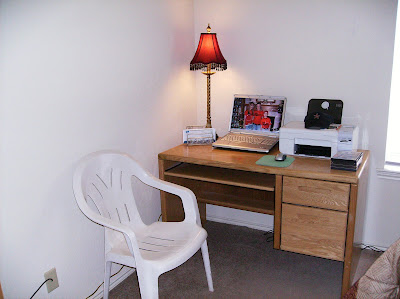 Already!! I've returned from Crystal's. I went there to wait for the Cable Guy. I got there around 1:30 or so and he Finally shows up at 4:00pm....OK....long story short he was Still there when I left at 6:15pm. No Internet. He doesn't know why. Three router boxes later he gets some sort of signal. Somethings wrong. He reminded me, several times, that quitting time was 5:00pm...several times..."Can't you run a new cable directly to the house"?..."No".....Another Cable Guy shows up to help. First Cable Guy has a baseball game to get to....he'll be late...on and on. Crystal was also there. She came in the Nick of time. My Happy self was getting short on the old Fuse. My Emotional Tank was sitting on "low". Time for a refill...I grabbed William and off we go to play on the new Cars comforter I bought him. Sanity is restored. Crys said the first Cable Guy gave her his personal cell number. If she can't get it to work then there's something wrong elsewhere....Me? They would have stayed until the problem was resolved. We own a service company...We Do Not Leave until the problem is resolved. Did Someone mention Tequila??? Someone??...LOL....night all!!
Inspired by Donna at 6:59 PM

Uh, I think that was me, not that I drink or anythin' like that! hahaha

I'm with you Miz Donna, a happy customer is a paying customer! Some of these service guys (not all mind you, but some) must not have ever been hungry else they'd be doing their very best to stay until the job was done!

I love William's new comforter. I especially love his critters he's got resting on it.

Jose, at times, is a friend of mine. Shall I mention that you need him to visit? :-)

Don't you love those guys??

I would of been p*ssed off. It's not your fault that he got there at 4:30 and quittin' time would be 5:00. He would of stayed there until he was finished and has a signal. No ifs, ands, buts, about it. Can you tell that I have been around the block with my ISP?!?!?! LOL

I love William's comforter. How is he doing in the new house? Goodnight, sweetie. *HUGS*


Brenda- Aren't they cute...He's a cuddler. I can't imagine Why they couldn't finish the job! I'm a tad irritated...sorry...LOL..So That's Where Jose Went!!! Couldn't figure out where he'd gotten to!! Put in a good word for me!LOL...night girl!!hughugs


Jenn- My hair would fall out if I breathed any deeper!!LOL...Crystal's having a time with all of this. She loves to blog in the early hours and can't..Hang in there!!Happyiness sweetie!hughugs


Dawn- I Really try to be understanding...to a point. And I was sorry he was missing his kids game...but...we were his last call and I don't know why he arrived so late, but I Do feel he should have finished...correctly. Crys says he's ok...Gamma says he misses her!LOL...night girl!!hughugs

I love you for the way you watch out for your kids. They are lucky..
Hope the cable gets fixed.
Sending you love, Nita

P.s. Ikeep forgeting to tell you I got the book. I am so sorry about that, my memory is sometimes not so good.
xoxo Nita

Nita- I probably mother too much...and I'm glad you got it. The mail delivery these days isn't at it's best...Lots of hugs to you sweetie!!hughugs

Oh, how annoying when something's wrong with the computer or the internet! I know, I have tried it.
But sometimes such things happen.
I hope you soon will have it back as usual again.
I wish you a belssed day!:)

I hate that what those guys did seems to be the norm these days. We had a cable guy come out a few years ago to install some cable and he left because there was "too much dog doo where I need to work". I was mortified and after he left I went out to check. In the ENTIRE area he was supposed to be? Two poops. LOL, unreal! It may have been yucky, but it's not like he would have been wading in it - I could have cleaned it up in less than a minute! Some people just don't want to work.

Now that you know my embarrassing cable story, I'll have to take that sunrise back ;)


Christine-LOL...Oh my word...Yeah, he had something else to do...our guys just ask the homeowner to clear the area in which he needs to work, if it's not already done. Then he get to work...most of the time, they close their noses and just dive in..lolol...and sorry...already drank it!!LOL...Happy day sweetie!!hughugs

Donna, I love your sense of humor. At times like those, you need one, but we do need the internet, right? Love it. How can anyone NOT have a computer in their home. It's beyond me.
Carole

LOL! Oh my goodness! I think I'd need a drink after that too! I've run into situations where you wonder if people are even qualified for the job they're doing.
Well, anyway, have a wonderful day!
Hugs,
Donna

You know if I had to call the President of the company the darned thing would be fixed before they left. It would be a "who is your supervisor" night at my house till someone got off their butt and did their job...I'm with you...hey, I'll take rum with my coke...
Sandi

No teqila, but how about a Bud Light long neck? :)

Donna- HA! You would Think the companies check their employee's qualifications out...Just got back from Crystals and I fixed the darn thing!!!! OhYeah!!!LOLOL...Happy night sweetie!!hughugs


Sandi- You and my Hubby!!LOL...That's Exactly what he said...But as I told him, they won't let you get to the top dog anymore...rarely anyway. Word-of-mouth will eventually fix the problem...and Constant complaining. I Hope...lolol..Happy night sweetie!!hughugs

I hate waiting for cable guys, internet guys etc... what a pain. Hope you got a drink and some chocolate and went to bed. LOL

Joan-LOLhahaha...I think I just fell in the bed!!! BUT...I...figured out the problem and fixed it!! Yes I Did!!LOLOL...BAD CABLE leading to the computer from the modem box...If they'd finished the job, they would have found it!!! I bought a new one, installed, and bob's your uncle!!!! Night girl!hughugs