Spoiler and a Rant... 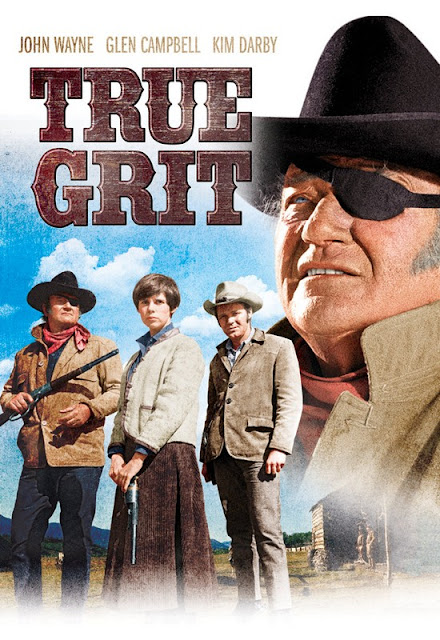 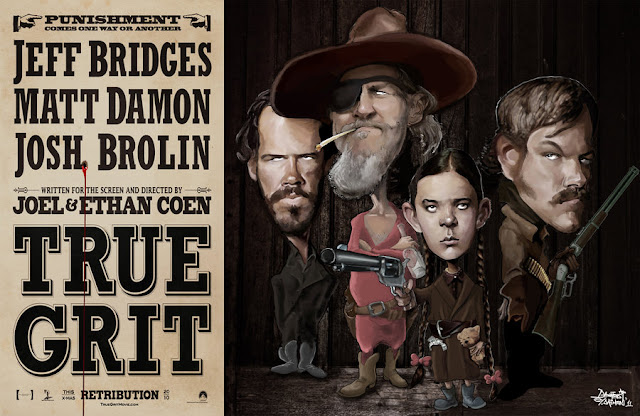 IF YOU HAVE NOT YET SEEN THE NEW TRUE GRIT BUT PLAN ON DOING SO...THIS POST IS NOT FOR YOU! GO HAVE SOME LATTE AND A COOKIE OUT ON THE PATIO...

This weekend Hubby and I had some down-time to kill (Hubby's Geocache locator thingy broke and they are sending out a new one). So, what better way to spend it than laying up on the couch, eating some Pina Colada homemade ice cream and watching the re-make of True Grit?!!
I will be turning the big 6-0 sometime soon so that means I was old enough to appreciate the ORIGINAL True Grit when it made its debut in 1969. I was a senior in high school. A gang of us kids went to see it at the theater. It was Great and I have watched it many times since, thanks to VCR tapes and DVDs.
I miss John Wayne....

The NEW True Grit left Hubby and I staring at each other, mouths open and in a daze! You have GOT to be kidding me! Mattie has to have half her arm cut off because of the snake bite?? LaBouef LIVES and Matties Beloved horse, Blackie, is SHOT and killed by Cogburn while running ON FOOT to save Matties life??? I thought it was HIS horse....I need to watch the old version again..... Did I miss something? Mattie is a grown woman in the end, minus an arm, when she accepts an invitation to visit Cogburn (who now works for a circus/rodeo show) but upon arrival, finds he died three days earlier?
What a STUPID Movie!!! The way they talked, well, there are just NO words....MORONS!
Why can't DummyWood come up with something completely...ahhhh...ORIGINAL? Are there no real screenwriters left on this planet? AND...Steven Spielberg produced?
Jeff Bridges OVERplayed Cogburn's part...Matt Damon...brought NOTHING to the part of LaBouef....and the new Mattie??? At least Kim Darby LOOKED old enough to be kissed by Glen Campbell...(who, by the way, is IN Matties room when she wakes up...).
So, there you have my take on a Wasted hour and a half that could have been spent Happily cleaning toilets....
Happy Monday Gang!
Inspired by Donna at 7:52 AM 22 comments: