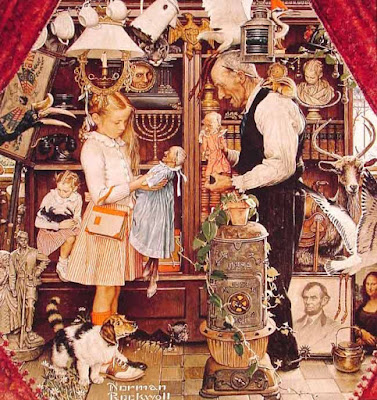 If this year’s first day of April is like any other, you’ll have to keep your guard against the practical jokes that others can play on you, much to your annoyance and their delight. But what are the origins of the strange cult of April Fools’ Day?
There are a couple of explanations put forward by scholars to account for the trickery that takes place throughout much of the Western world on April 1.
One theory suggests that, because of the tradition of sending someone on ‘a fool’s errand’, the practice might derive from the Biblical story in which Jesus Christ was sent uselessly back and forth between Annas, Caiphas, Pontius Pilate and King Herod, each of them not being able to resolve what to do with him.
Sending people on fools’ errands has a long history. These days a teacher might send an unruly pupil to another teacher with the message “ Please give this boy a long weight”. All that the lad gets, of course, is a long wait. Or else he might be sent to the Industrial Arts teacher for a “left-handed hammer”. Either way, the joke’s on the boy, who probably deserves it.
In merry olde England the errand was for a gullible person to be sent to the saddler’s for a “ pen’orth (penny’s worth) of salad oil”. In this ruse, the pun is between “salad oil” and the French “avoir de la salade”, to be flogged. So the poor dupe got a beating for his innocent pains.
Other nasty people would send youths to a bookshop for the “ History of Eve’s Grandmother”, or to a cobbler for a little strap oil (the butt of the joke would indeed get the strap).The Scots have always loved April Fool’s jokes. They call an April Fool a gowk (or cuckoo; Anglo-Saxon geac, origin of the word geek), a name which even today sounds as descriptive of its meaning as it did in olden times. The trick was to send the dupe with an envelope containing a message to someone else’s house a long way off. The letter inside would only read:
This is the first day of April: Hunt the gowk another mile.
In this practice, known as “hunting the gowk”, the poor trickee was sent by numerous trickers several miles on a pointless errand. Traditionally, the Scottish April Fools Day is 48 hours long, with the second day being called Taily Day and dedicated to pranks involving the backside, such as the old “Kick Me” sign.

So, Have a Fun April's Fool and I'll talk at 'cha next year, after I get back from spending my million dollar lottery winnings...
Inspired by Donna at 1:00 PM 13 comments: