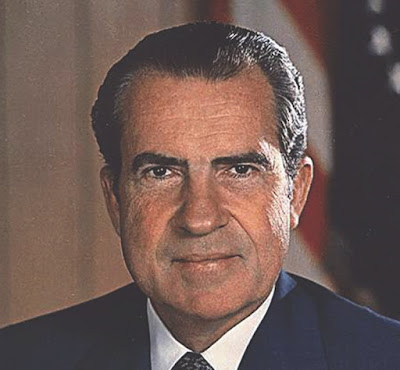 Nixon for President1992: National Public Radio's Talk of the Nation program announced that Richard Nixon, in a surprise move, was running for President again. His new campaign slogan was, "I didn't do anything wrong, and I won't do it again." Accompanying this announcement were audio clips of Nixon delivering his candidacy speech. Listeners responded viscerally to the announcement, flooding the show with calls expressing shock and outrage. Only during the second half of the show did the host John Hockenberry reveal that the announcement was a practical joke...... Nixon's voice was impersonated by comedian Rich Little.
Inspired by Donna at 12:12 PM 7 comments: