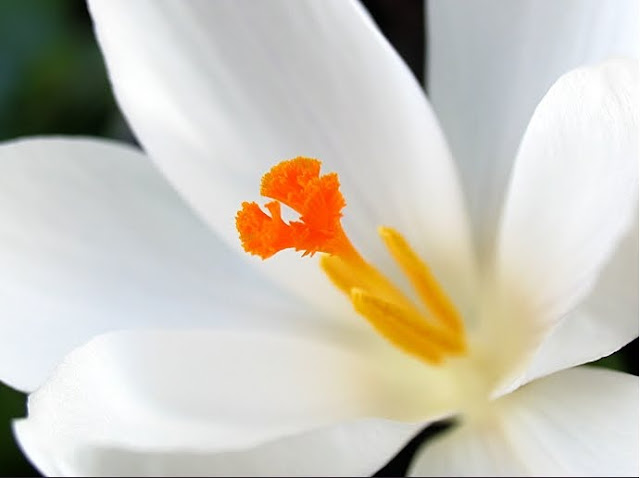 I got this from a good friend's email this morning...I'm going to try these!
Donna

Clorox vs peroxide VERY interesting and inexpensive. This was written by Becky Ransey of Indiana (a doctor's Wife), and I want to share it with you. She was over recently for coffee and smelled the bleach I was using to clean my toilet and counter tops. This is what she told me. 'I would like to tell you of the benefits of that Plain little ole bottle of 3% peroxide you can get for under $1.00 at any drug store. What does bleach cost?

My husband has been in the medical field for over 36 years, And most doctors don't tell you about peroxide. Have you Ever smelled bleach in a doctor's office? NO!!! Why? because it smells, and it is not healthy! Ask the nurses who work in the doctor's offices, and ask them if they use bleach at home. They are wiser and know better!

Did you also know bleach was invented in the late 40's? It's chlorine, folks! And it was used to kill our Troops. Peroxide was invented during WWI in the 20's. It was used to save and help cleanse the needs of our troops and hospitals. Please think about this:

1. Take one capful (the little white cap that comes with the bottle) and hold in your mouth for 10 minutes daily, then spit it out. (I do it when I bathe.) No more canker sores, and your teeth will be whiter without expensive pastes. Use it instead of mouthwash.

2. Let your toothbrushes soak in a cup of peroxide to keep them free of germs.

3. Clean your counters and table tops with peroxide to kill germs and leave a fresh smell. Simply put a little on your dishrag when you wipe, or spray it on the counters.

4. After rinsing off your wooden cutting board, pour peroxide on it to kill salmonella and other bacteria.

5. I had fungus on my feet for years until I sprayed a 50/50 mixture of peroxide and water on them (especially the toes) every night and let dry.

6. Soak any infections or cuts in 3% peroxide for five to ten minutes several times a day. My husband has seen gangrene that would not heal with any medicine but was healed by soaking in peroxide.

7. Fill a spray bottle with a 50/50 mixture of peroxide and Water and keep it in every bathroom to disinfect without Harming your septic system like bleach or most other Disinfectants will.

8. Tilt your head back and spray into nostrils with your 50/50 mixture whenever you have a cold, plugged sinus. It will bubble and help to kill the bacteria. Hold for a few minutes, and then blow your nose into a tissue.

9. If you have a terrible toothache and cannot get to a dentist right away, put a capful of 3% peroxide into your mouth and hold it for ten minutes several times a day. The pain will lessen greatly.

10. And of course, if you like a natural look to your hair, spray the 50/50 solution on your wet hair after a shower and comb it through. You will not have the peroxide-burnt blonde hair like the hair dye packages but more natural highlights if your hair is a light brown, reddish, or dirty blonde. It also lightens gradually, so it's not a drastic change.

11. Put half a bottle of peroxide in your bath to help get rid of boils, fungus, or other skin infections.

12. You can also add a cup of peroxide instead of bleach to a load of whites in your laundry to whiten them. If there is blood on clothing, pour it directly on the soiled spot. Let it sit for a minute, then rub it and rinse with cold water. Repeat if necessary.

13. I use peroxide to clean my mirrors. There is no smearing, which is why I love it so much for this.

14. Another place it's great is in the bathroom, if someone has been careless & has peed on the floor around the toilet & it's begun to smell of urine. Just put some peroxide in a spray bottle & spray. In the blink of any eye all the smell will be gone & the bacteria eliminated!

I could go on and on. It is a little brown bottle no home should be without! With prices of most necessities rising, I'm glad there's a way to save tons of money in such a simple, healthy manner!
This information really woke me up. I hope you gain something from it, too.
Inspired by Donna at 4:54 PM

Hi Donna .... Thanks so much for stopping by my blog, and your sweet comments!

Oh my gosh, I love this post about peroxide. I hate the smell of Clorox. I'm buying groceries tomorrow, and peroxide is on my list. Thanks so much for all this wonderful information..... I had no idea it was good for so many things.
Hugs,
dolores

Wow, I had no idea. Looks like I will be getting a bottle and trying it out for a lot of things. If it brightens teeth, my GF will especially like it because she spends so much on whiteners.

I'm always suspicious, so please let us know how it works out.

I love it! Thank you for this great information! I keep it around for cuts but never thought about using it for cleaning!

Thanks for all the information, much of it that I knew but never bothered with - guess I just needed reminding, Donna!

I'll have to try out some of these tips. Thanks for sharing.

The next time I go shopping...

Thanks for the tip, Donna, will definitely be using it.

I always likened the smell of bleach to a clean smell. I guess years of conditioning. I will definitely be giving some of these trips a try. Especially the mouth rinse one. I am prone to cancer sores and will try practically anything! Thanks for sharing!!

I love peroxide! Haven't used it for cleaning, but now I will!! Thanks, Donna. You're a good doobie! :)

I am extremely curious to know what it feels like to have peroxide bubbling in your nose.

I've read these before but never tried any of them. You'll have to let us know how they work if you try them.

I knew Peroxide was good, but really had no idea it could help with so many things. Thanks so much for sharing all that great info. I'm a new follower also and love your blog. Blessings to you, Carol Mae

Great tips! Peroxide is wonderful!! I used it in my ear to help with my ear infection. Also if you get a bit of blood on your bed sheets just dab some peroxide on it and it virtually disappear and will be completely gone when you wash your bed linens. We also use it to clean our counters (kitchen & bath) works wonderfully!

it will also take blood out of carpets and other items made of cloth or fibers without changing the color.

WOW, Donna-I MUST try some of these things!

Thanks Guys! I've been tardy lately but I DID buy a big box of baking soda!!Hahaaa
hughugs

i have used peroxide for so many things....but there are a ton more here....we used it in the dental office i worked in to get blood stains off the dr's shirt or lab coat quickly...or any where else it was.....we use it to clean the grout around the tiles.....to whiten clothes...and so much more!!! thanks for the extra options...love it!
hugs,
kimberly

happy saturday
hugz
did you see my kittehs? you know you want them

I heard this awhile back and bought a bottle. I use it in my mouth for rarely anywhere else. I need to get it in a spray bottle so that I will remember to use it.

This is wonderful!!! Who knew? Not me ... well, a few of them I knew. Thanks for the great advice!

I must add, however ... I love the smell of Clorox Cleanup. It's a great product. But surely peroxide is cheaper and just as effective! I will try it.