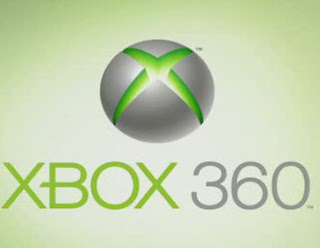 XBox 360 mania has hit our house! Hubby, who NEVER ask for anything suddenly starting to talk about the XBox yesterday. This conversation came about...I don't remember how...It just happened. He talked about the various components of the game, price, etc. When Hubby just barely mentions something like that, or has a pointed conversation about something that sounds cool, my ears suddenly perk up. I'll watch him...scrutinize his every move...AhHah!!! Baby wants a TOY. Well, he has been a good boy so what the heck. I'll check it out. "But it's 500.00!" he says wistfully. Off I go. If you buy the BigBadBoy XBox, then Yes, it's 500.00. But Hubby doesn't want to get on the Internet, or download a million songs into memory. The only difference between the 349.00 model and the 500.00 model, is memory. 120mega bites of it. No thanks. I got the special Halo edition, green and orange color. You have to get an extra wireless game controller for two people play. Did that. Crystal got off early, took it home, hooked it up and didn't tell William or Sami when they got home from school. Well let me just say, last night, the two boys were flying through space and making memories. Well worth the expense.
Also, today is my Mother's birthday. She has been gone for 11 yrs, and we still miss her something awful. I don't have a picture of her here at work, so this afternoon when I get home, I'll find the one I want and add it to this post. She was stern, kind hearted and giving and we miss her. I love you Mama. Have a good day and a better tomorrow.
Inspired by Donna at 8:10 AM

Happy Birthday Grandma!! And for you Gamma, Don't forget to get Halo for your grandkids or your in for it when they get off the bus!!
Plus I bet dad would be interested in playing the game too..I think i'm gonna get some peace and quite tonight!!