Ghost Want to Have Fun To! 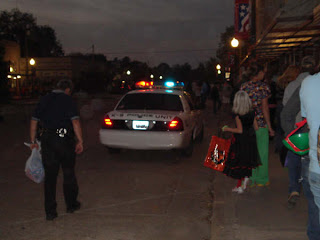 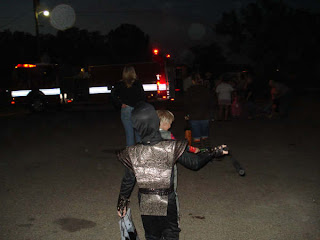 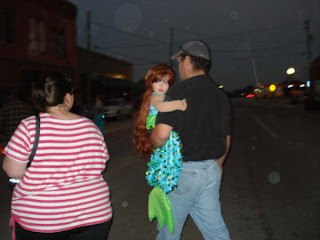 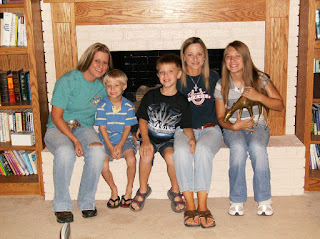 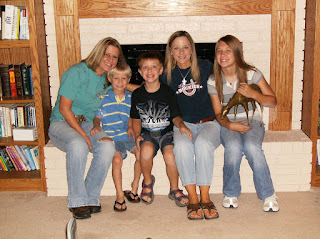 I believe in ghost. They are real. On an earlier post of mine, there's a picture of my daughter, her children, her best friend Tasha and Tasha's little boy, Dawson. They were headed to Oklahoma on vacation. We live in Texas. I stress a little bit....when my chickens jump out of the box. But I realise she's grown so, I SHUT UP....mostly. On the morning they were to leave, I had them line up on the fireplace for a photo. I took just one. After I took the photo, everyone jumped up to leave, when Crystal suddenly looked at me and said,"Hey Mom, take another one..." I looked at her rather strangely and asked "Why?", "I don't know, just do it!" So, I lined 'em all up again and took another one. Well...imagine my shock, when I pulled them up on my computer and saw orbs (spirits) in the one she made me take. Whooooo......There's four of them. Two are on Tasha's son. One 's on William's lap and the fourth one is right beside Sami. The thing is? I had prayed for my Mom and Dad to go along on the trip with them. Help guide and protect them. I knew immediately, the one by Sami was an adult. Could be Mom and Dad together. Not sure about the one in William's lap. The two on Dawson(down on his arm and up between he and his Mother's head) are the two playmates he plays with all the time. Talks to them every morning. Only he can see them. Tasha said she hears him all the time talking with them. She just thought they were imaginary friends...not anymore. THEN, the girls took the kids trick or treating in the small town. Hundreds of people. It's dark. What shows up in a lot of the pictures? You got it. Orbs. Tons of them. Mingling in the crowds. Well, I guess a ghost just wants to have fun to! Click on the pictures and they'll expand for you. Tonight, I'll load the first picture I took of the kids at the fireplace. The one I took just minutes before the Orbs showed up in the second one Crys had me take. It's on my home computer. I've read the best type of camera to use is a digital. Oh yes, it works. So if some time you're curious and you have a digital camera, try it for yourselves. No telling what you'll see. Y'all have a great evening and a better tomorrow. (PS-Just loaded the 1st picture I took of kids at the fireplace. No Orbs. The 2nd one was taken only about a minute and a half later. You tell me.)
Here's some useless information:
"I guess you were right, Wyatt. I can't see a damn thing."
Police officer Morgan Earp, speaking to his brother, Wyatt, who denied afterlife existed.
(Ultimate Book of Useless Info by Noel Botham & The Useless Information Society)
Inspired by Donna at 12:33 PM 8 comments: