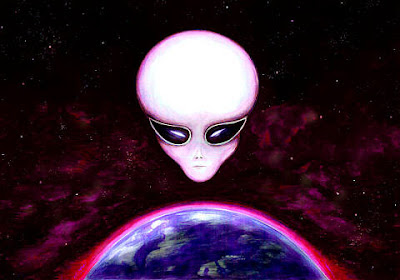 FORMER NASA astronaut and moon-walker Dr Edgar Mitchell - a veteran of the Apollo 14 mission - has stunningly claimed aliens exist.And he says extra-terrestrials have visited Earth on several occasions - but the alien contact has been repeatedly covered up by governments for six decades. Dr Mitchell, 77, said during a radio interview that sources at the space agency who had had contact with aliens described the beings as 'little people who look strange to us.' He said supposedly real-life ET's were similar to the traditional image of a small frame, large eyes and head. Chillingly, he claimed our technology is "not nearly as sophisticated" as theirs and "had they been hostile", he warned "we would be been gone by now". Dr Mitchell, along with with Apollo 14 commander Alan Shepard, holds the record for the longest ever moon walk, at nine hours and 17 minutes following their 1971 mission. "I happen to have been privileged enough to be in on the fact that we've been visited on this planet and the UFO phenomena is real," Dr Mitchell said. "It's been well covered up by all our governments for the last 60 years or so, but slowly it's leaked out and some of us have been privileged to have been briefed on some of it. "I've been in military and intelligence circles, who know that beneath the surface of what has been public knowledge, yes - we have been visited. Reading the papers recently, it's been happening quite a bit." Dr Mitchell, who has a Bachelor of Science degree in aeronautical engineering and a Doctor of Science degree in Aeronautics and Astronautics claimed Roswell was real and similar alien visits continue to be investigated. He told the astonished Kerrang! radio host Nick Margerrison: "This is really starting to open up. I think we're headed for real disclosure and some serious organisations are moving in that direction." Mr Margerrison said: "I thought I'd stumbled on some sort of astronaut humour but he was absolutely serious that aliens are definitely out there and there's no debating it." Officials from NASA, however, were quick to play the comments down. In a statement, a spokesman said: "NASA does not track UFOs. NASA is not involved in any sort of cover up about alien life on this planet or anywhere in the universe. 'Dr Mitchell is a great American, but we do not share his opinions on this issue.'
Well....Well...Well.......Have a Happy Day Ya'll
Inspired by Donna at 11:52 AM 26 comments: